The Advertiser Track Down Under II

Bikesport Australia was established in 2003 and is owned by former elite athletes and sports administrators, Mike Turtur AO and Sandy Pisani OAM.

Mike Turtur is the creator of the Santos Tour Down Under (TDU) and has been the Race Director of the event, since the inaugural race in 1999. Having successfully managed the cycling specific components of the event for more than 22 years, Bikesport Australia is considered to be the premier international cycling event management company in the Oceania Region.

They have a proven track record, extensive knowledge of the sport, key relationships with major stakeholders and a high level of professional presentation.

A testament to the success of Bikesport Australia’s involvement with the TDU is the many national awards that the event has received including Australian Event of the Year, multiple Best Sporting & Best Tourism Event and other tourism awards, as well as induction into the Tourism Hall of Fame. 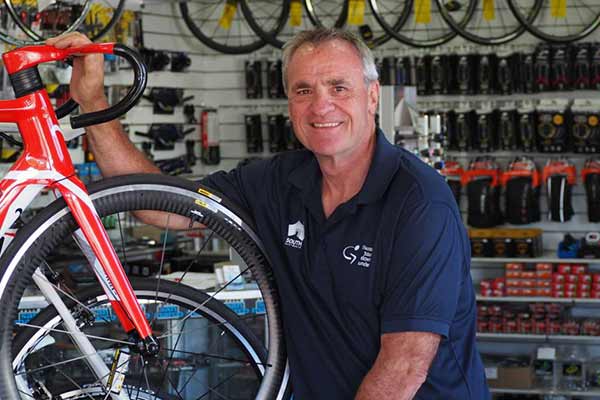 Mike has held many cycling roles over the years, including athlete, manager and television commentator at several Commonwealth Games, athlete and cycling section manager at several Olympic Games, SASI Cycling Coach, Committee member and President of the UCI Track Commission for the Union Cycliste International (UCI), President of the Oceania Cycling Confederation and Board Member of the Australian Sports Commission.

An experienced manager with a demonstrated history of working in the International sports industry, Sandy is highly skilled in Event Development and Management.

Currently studying at University of South Australia in Media and Communications, Elli brings to the group her developing skill set in media, marketing and communications.